At the time of writing, Tron was sliding down the charts, despite the fact that it lacked momentum to the downside. It should be noted, however, that the aforementioned slide might pave the way for a period of consolidation over the next few weeks.

Further down the crypto-ladder, Synthetix was in a similar situation, although it was moving with more volatility in the market. Finally, FTX Token was unable to breach an important level of resistance. 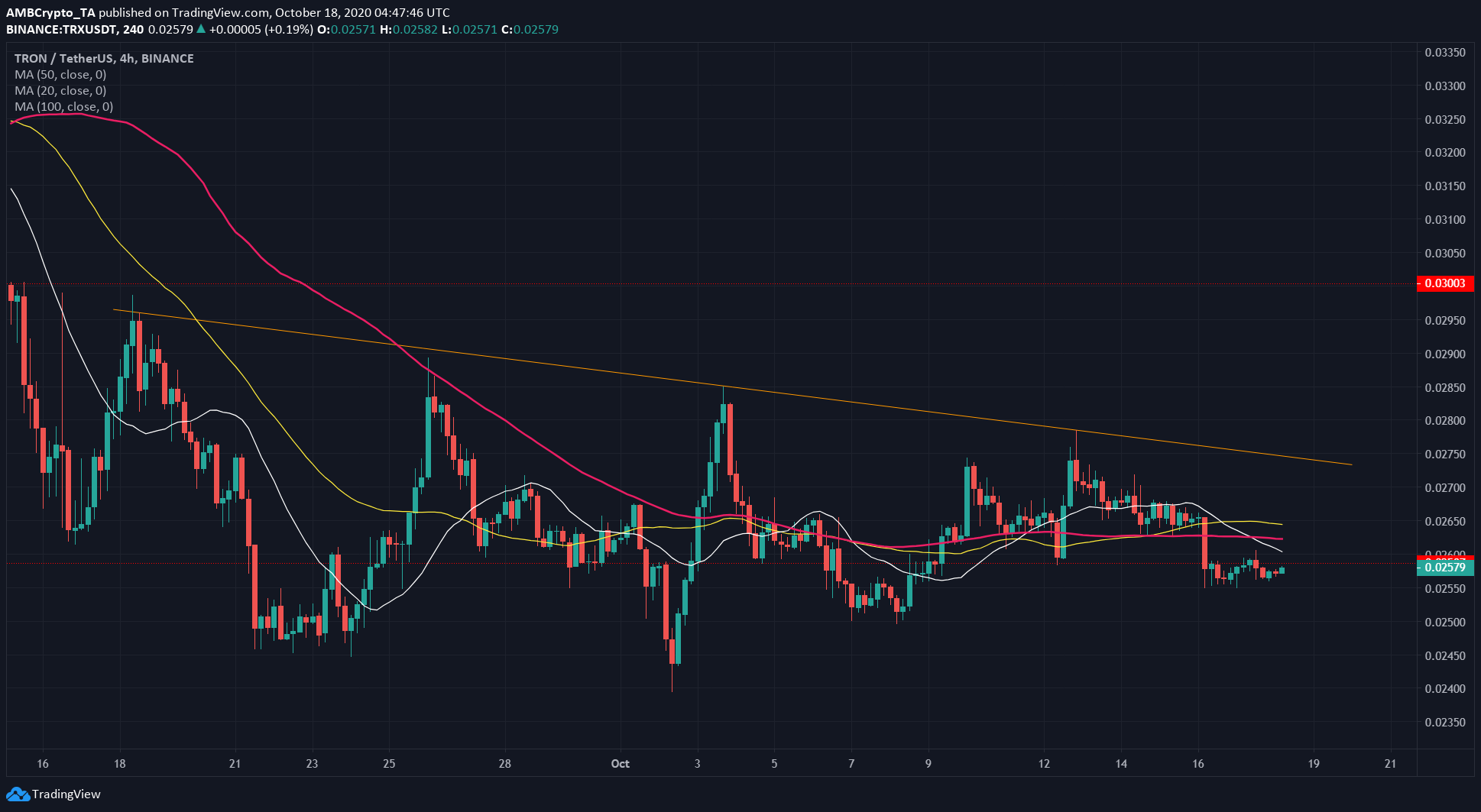 TRX was forming lower highs on every subsequent bounce after the plummet from $0.351 to $0.262. At press time, the 20 SMA (white) was creeping below the 50 SMA (yellow), highlighting the market’s bearish movement of the past couple of days.

In related news, the CEO of Tron Foundation Justin Sun recently accused Filecoin of being an exit scam. 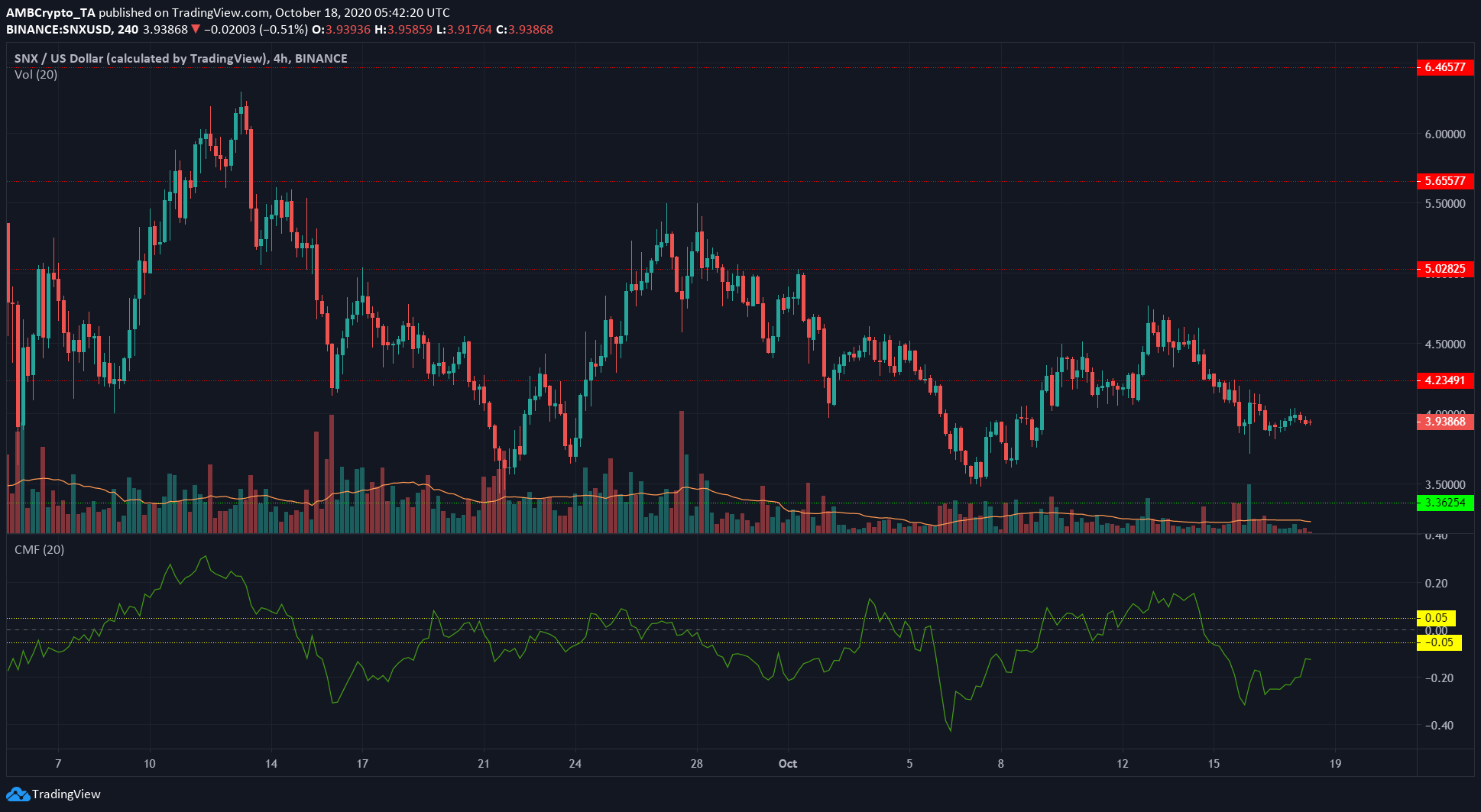 Synthetix has been trending lower, with the CMF underlining strong capital outflows from the market. In fact, the crypto-asset’s bulls balked in the face of selling pressure in recent weeks and the same could be set to continue.

SNX had an important level of demand around the $3.55 region, a zone it might visit in the coming days. Any rally on the charts is likely to be a brief relief rally.

SNX made gains of 1.86% in the past few trading sessions, although the move lacked any notable trading volume. This suggested that another drop may be brewing on the charts. 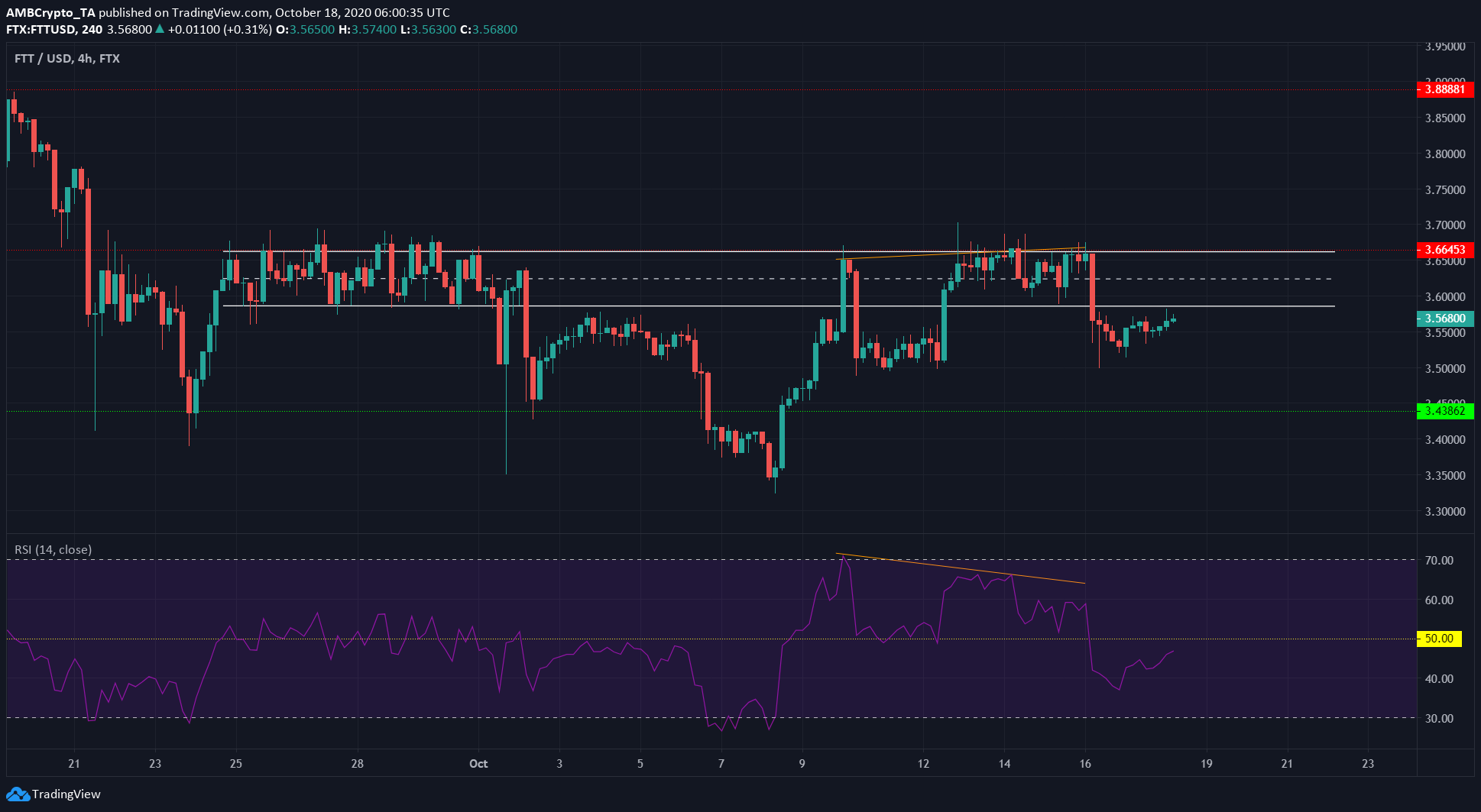 The zone (white) highlighted an important region for FTT. The price has been unable to move past the resistance level at $3.66, getting rejected multiple times in quick succession.

There has been a lot of bearish divergence in recent days, with the price making a higher high and a series of equal highs, while the momentum indicator (RSI) made lower highs.

The way the price oscillated within the channel in late-September might be a portent for FTT in the coming days.

$3.43 and $3.52 are important levels of support that FTT has rebounded from. A close above the aforementioned levels and a retest of $3.66 could be bullish for the crypto-asset.

0.9085 holds the key to further downside

Behind the scenes at EUIPO and USPTO; WIPO ADR services; WTR Connect week-two highlights; and much more