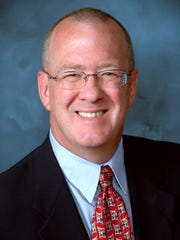 From time to time, county and municipal governments face the need to perform economic development planning. Generally, this means outlining priorities for investment in public infrastructure or public services. In some communities, this might be pretty complex, involving some deep thinking about urban expansion over the coming decades. Elsewhere, the planning may be modest, involving expansions of parks or improving a road access.

This work is important, but not in the way most elected leaders or community members believe. The truth is almost no economic development planning has short impacts on the local economy. Most of the time, local governments play no role in the size or mix of economic activity in their community over the next decade or so. However, today’s planning does have longer term impacts that require decades to fully mature.

As an example, across Indiana’s counties, the share of adults holding a bachelor’s degree in 1970 is more highly correlated with economic growth since 2000 than with the use of TIF or tax abatements. Places that were attractive to college grads 50 years ago are doing better now than places scrambling to win short-term economic development deals today.

►MORE FROM MICHAEL HICKS: The lengthening impact of COVID-19

The most common mistake communities make when undertaking planning lies in failing to conduct a serious self-assessment. This can be difficult for several reasons. If community leaders are focused on the short term, there is a natural tendency to ignore long term problems. This is almost always disastrous. A serious self-assessment can be discouraging or even painful for people who love the place in which they live. More commonly, the data alone don’t tell us much about ourselves. It takes well-trained analysts to compare communities and explain long-term trends. I have two contrasting examples of planning.

In 2016, Shelbyville approached my colleagues at the Indiana Communities Institute at Ball State to help with planning. The mayor, City Council and Community Foundation all perceived a need to think deeply about where the city was headed and asked for a frank community resiliency study. In early meetings, some citizens expressed concern that the city had too many families renting homes. Several were also concerned that there was nothing to draw people to Shelbyville. These are reasonable concerns, that are nearly impossible to assess without data and examination of data.

Analysis of the data told a different story. Shelbyville is attracting young families, drawn to their excellent schools. This prompted the community to focus on developing their assets of livable communities and quality schools. The results of Shelbyville’s hard work led them to become a Stellar Communities finalist and attracted nearly $40 million in downtown investment.

This is a case where civic leaders asked tough, even uncomfortable questions, hoping to make a long-term difference. One civic leader reported that “the process and results of the Economic Resiliency Study gave confidence to local government and economic development leaders to invest significantly in quality of life projects.”

Had they not been willing to hear unpleasant news, Shelbyville might have missed an important growth opportunity, or worse. They might have felt desperate and incentivized short-term job growth, the bane of so many Midwestern municipalities. Today, Shelbyville enjoys a well-deserved reputation as a growing city, with good quality of life. This in turn attracted more jobs and people to the community.

At the other end of the spectrum is Muncie. Few places in the Midwest are as endowed with as many assets as this city. Muncie can boast a research university with all the research and data assets the city could ever deploy, three large foundations and proximity to Indianapolis suburbs. There are several strong employers in the city, along with a large group of civic-minded citizens. Muncie should be booming, but it is quite the opposite.

Today, there are seven or eight economic development groups claiming some responsibility for the place, of which only two have any statutory authority. These groups have multiple and often competing planning efforts of wildly varying quality. The best involved carefully developed a bottom-up approach, seeking insight from every demographic group and neighborhood. At the other end is what one urban planner called “…an elitist structure, with a lack of transparency, no skin in the game, building a monolithic semi-isolated structure in the depths of a historic neighborhood.”

To be fair to Muncie, the criminality of the previous administration plagues almost every economic or community development effort. The new administration is repairing damage as quickly as they can. Still, the one feature common to most of the economic development and planning missteps is the inability to face uncomfortable truths. This has some predictably costly, often long-term consequences.

All plans require funding, and investors ranging from federal agencies to banks view these plans with an experienced, critical eye. They frequently use external reviewers to check data on submissions. Proposals that gloss over tough realities face a difficult time attracting investors for years to come. But, there are worse risks. Plans that include zoning may limit the types of growth that are most likely, while chasing low probability events, like a new industrial facility. The worst outcome is investment in a project that is not economically viable. Whether this is a maker’s space or apartment complex, it saddles the community with paying for the wrong infrastructure, in the wrong place, at the wrong time. This is the true economic development history of Muncie.

Michael J. Hicks is the director of the Center for Business and Economic Research and the George and Frances Ball Distinguished Professor of Economics in the Miller College of Business at Ball State University.