Stellar Lumens had a stellar week in the market while Bitcoin Cash and continued to trade beneath its immediate resistance. Interestingly BAT has broken out of a consolidation zone and is likely lead to further interest from traders and investors, and may push prices further upward. 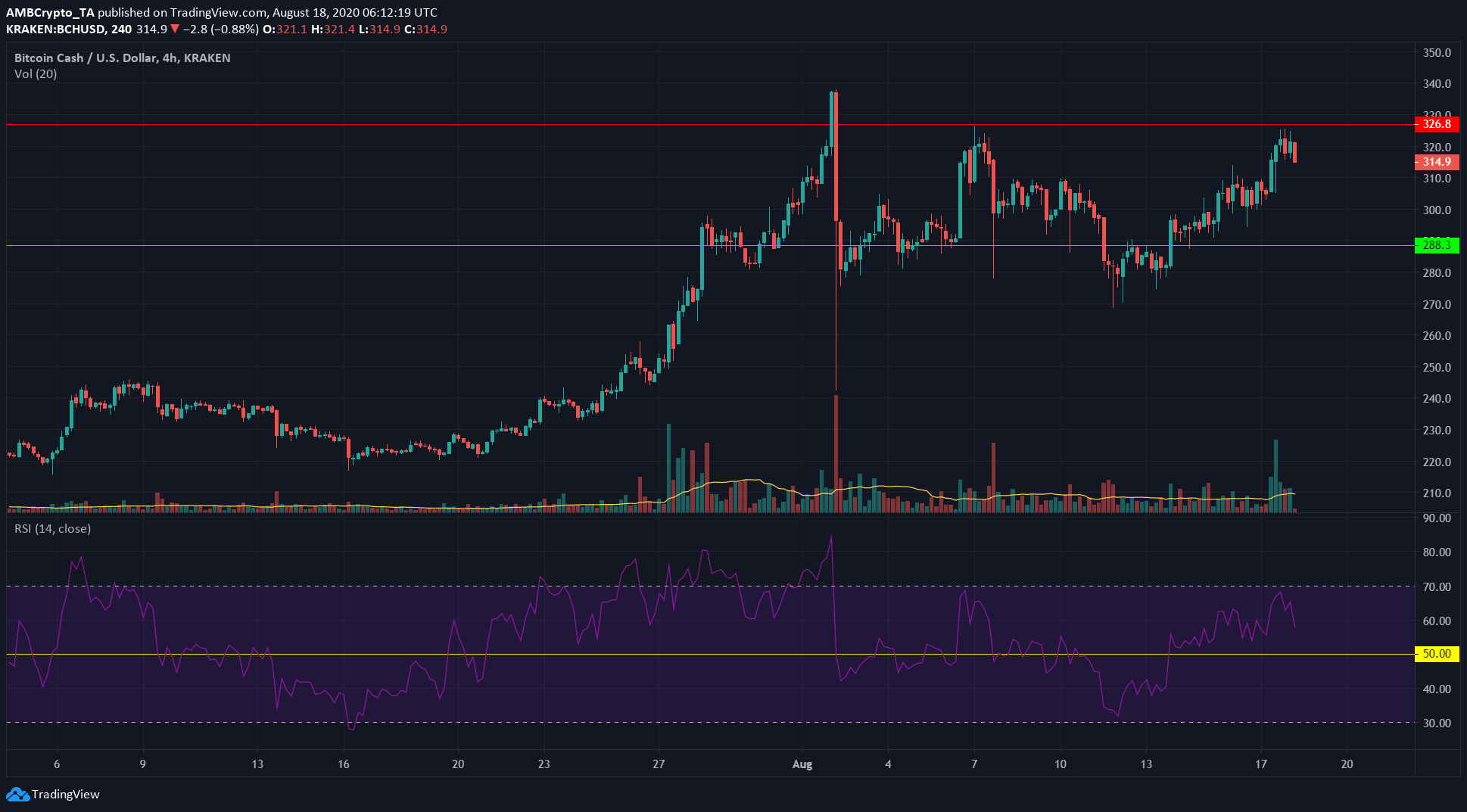 Bitcoin Cash faced significant resistance near $326 price point, with the zone between $325 and $330 serving as historically important levels. BCH was headed to this level with above-average volume. It remains to be seen if this momentum can carry the asset past the level.

RSI value read 59 at press time. It broke above neutral 50 a week ago and sustained values around 60 signaled that the asset was bullish.

If breached, BCH would look to the next resistance at $350. The biggest of the Bitcoin hardforks might be set to increase its market share, from $5.86 billion, making it the sixth biggest cryptocurrency on the market.

Failure can result in BCH touching $290 zone once more. 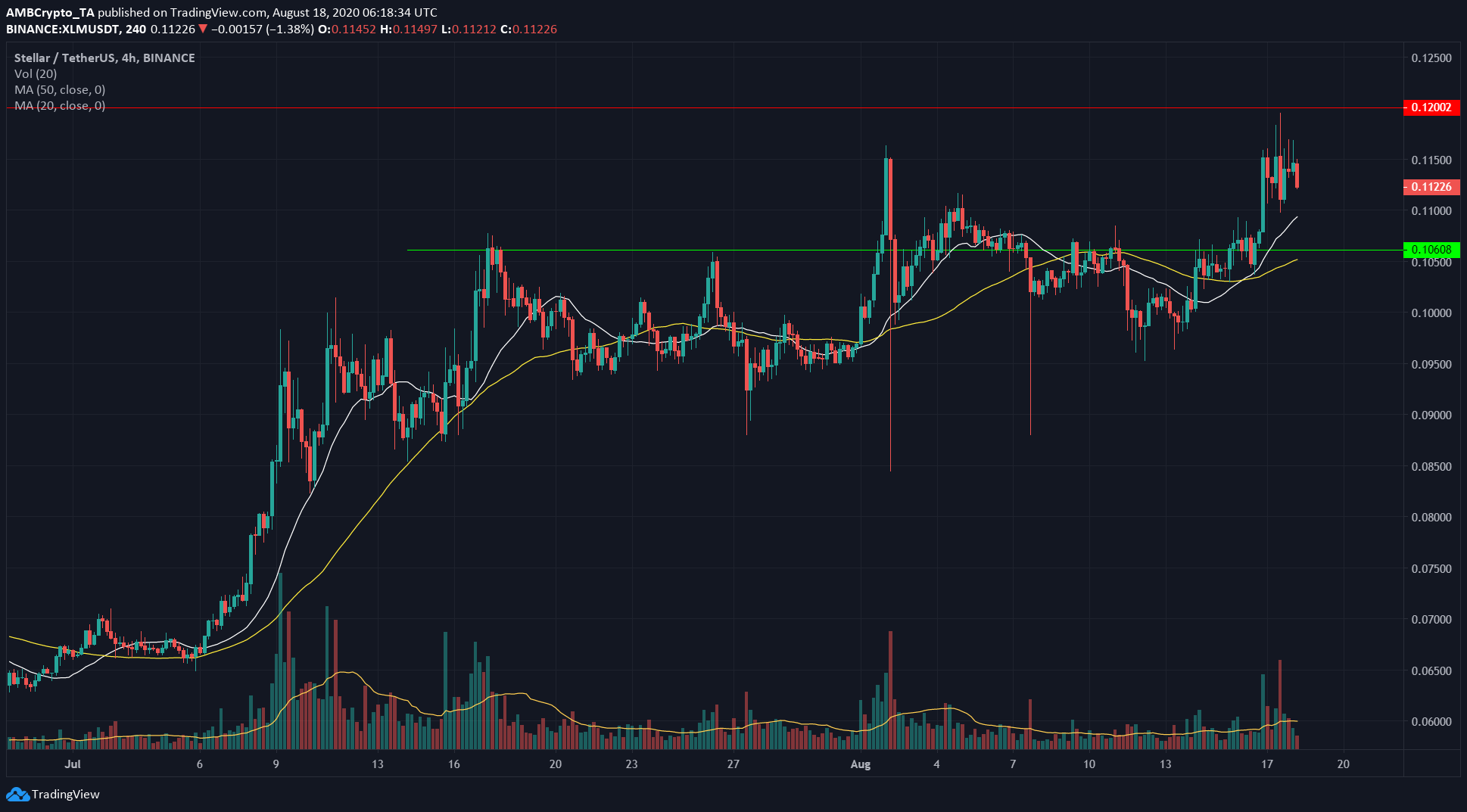 Stellar broke above the $0.106 resistance it had faced for almost two months. It immediately looked toward the next resistance at $0.12.

XLM has not been above this level since June 2019. Hence this level is extra important for XLM to conquer. The 20 SMA (white) crossed above the 50 SMA (yellow) on a move with above-average volume. This showed that the break above $0.106 had strength. XLM, after the move from $0.065 to $0.106,  had consolidated under its resistance for a month.

Failure to rise past $0.12 could result in XLM consolidation, with dips likely to retest support at $0.106.

CoinGecko showed that developer activity on XLM was high in August. Their high commit activity of 130 over the past four weeks showed active development and code progress. The coin was ranked 14th, with a market cap of $2.3 billion. 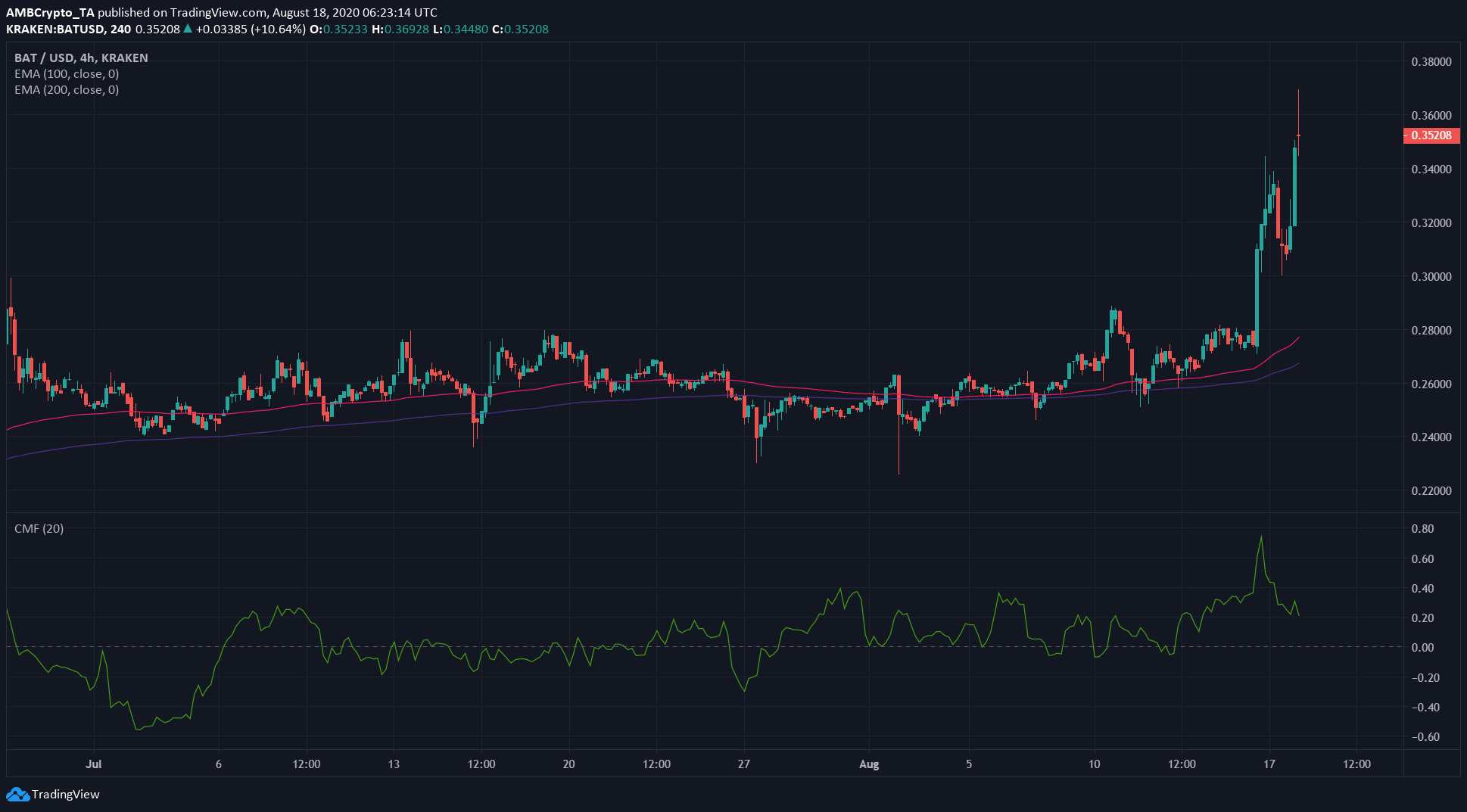 BAT decisively broke out of resistance at $0.28 in the past few days. Trading at $0.352 at the time of writing, BAT was forming large green candles, despite the fact that CMF indicator showed capital flow into the market was slowing down.

The breakout had been backed by CMF, but the continued price rise seemed to be in defiance of money flow. This could signal that BAT will slow down and consolidate in the near future.

The 100 EMA (pink) and 200 EMA (purple) had been quite close to one another for a month. This proximity indicated consolidation. The moving averages were observed to move apart, and when they start to get close again, it would confirm the next phase of consolidation.

In related news, the 33rd ranked cryptocurrency was listed on crypto.com exchange, on the Syndicate platform.

Mask Up to Slow Down SARS-CoV-2

COVID-19 Changed Scientists' Research Methods. Will This Change Science Itself?

International dairy product markets to come under pressure throughout 2020