TRON and Decred were subject to strong upward moves over the past few days. Both coins indicated that it is likely they continue on their trajectory. Bitcoin SV stagnated and showed no sign of upward price movement. 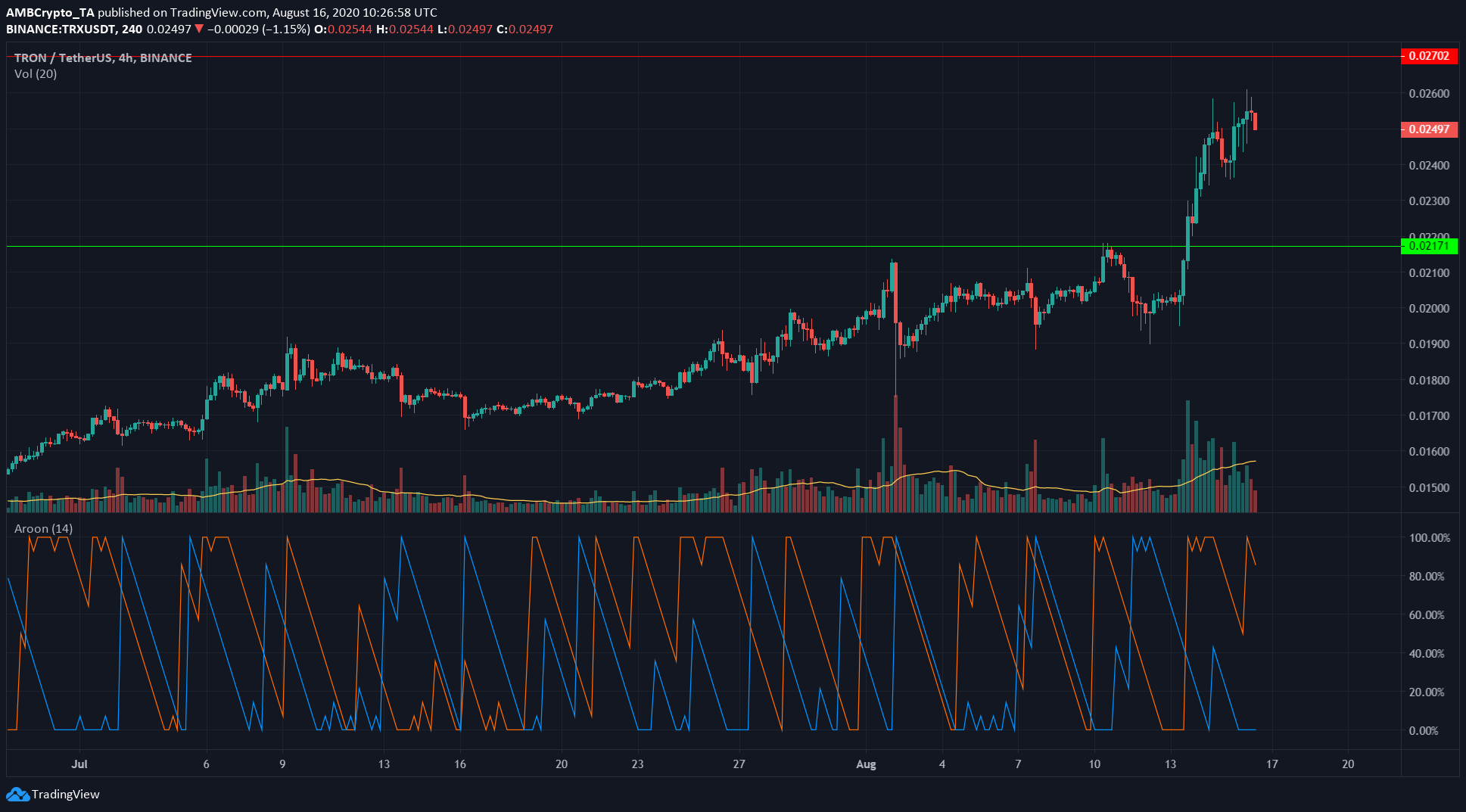 TRX had a market cap of $1.76 billion, and held the 15th rank on CoinMarketCap. The recent announcement of partnership with WAVES could have pushed price higher.

TRX broke past resistance around $0.021 and has been enjoying a strong uptrend for the past few days. Aroon indicator showed that highs were made very recently and did not signal a trend reversal yet. The next significant resistance stood at $0.027.

If TRX does not break past $0.027 resistance, there is a chance it can experience some selling pressure. Pullback is likely to be brief, however. The above-average volume behind this move showed the conviction of investors in TRX performance. 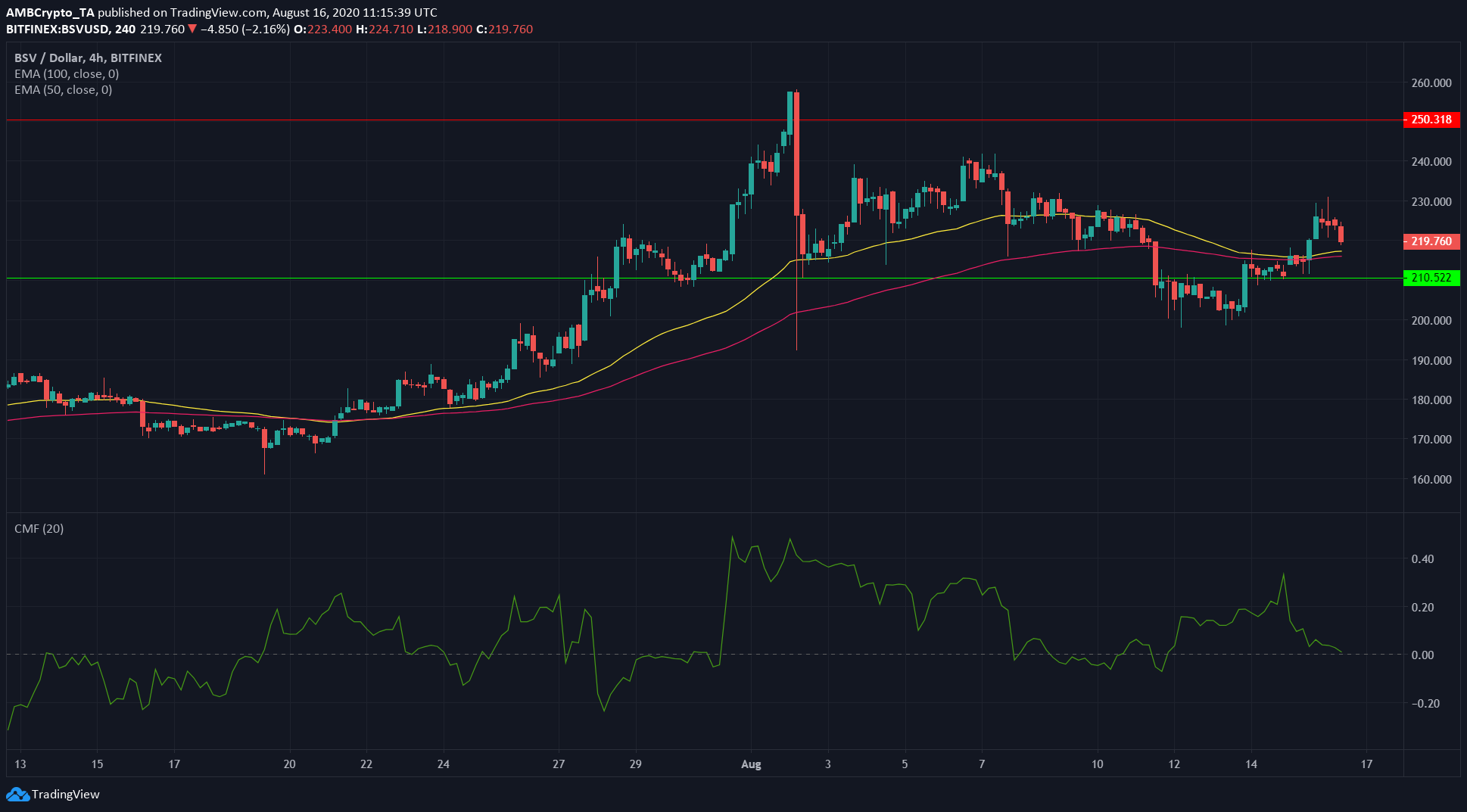 Ranking just behind Bitcoin Cash, Bitcoin SV is in the seventh position with a capitalization of $4 billion.

BSV was not able to maintain the momentum that propelled it to test long-term resistance at $250. It retraced its path to find support at $210. Trading above support at the time of writing, BSV was showing signs of weakness.

50 EMA (yellow) and 100 EMA (pink) have been very close for a few days, showing lack of momentum in either direction. CMF showed money flow into the market decreasing and was in the neutral zone at press time. However, if 50 and 100 EMA supports are breached, it could signal a drop in price.

Taken together, it can be concluded that BSV might retest support at $210, and if it does it is likely to be forced lower. 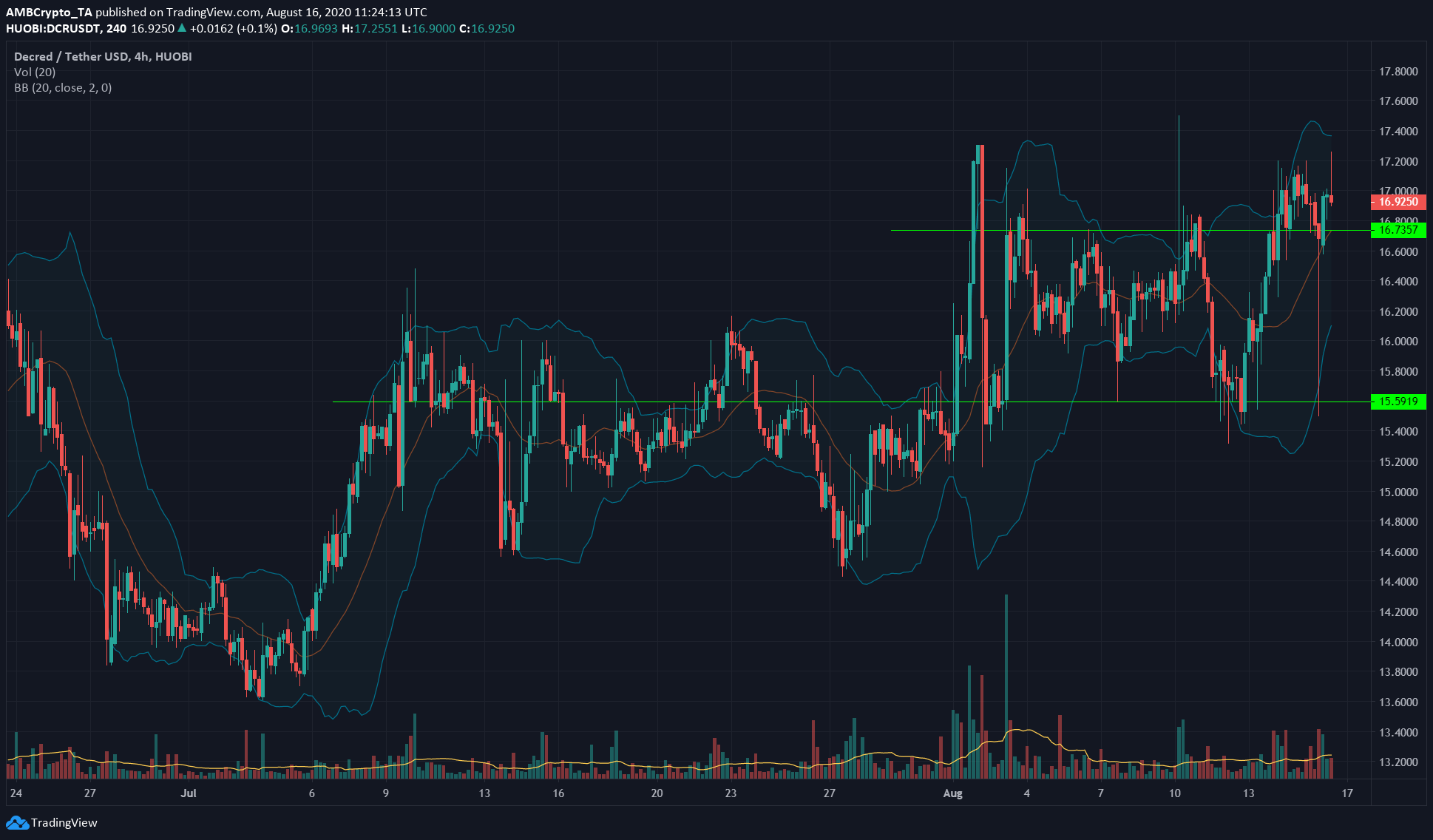 Decred flipped resistance at $16.7 into support in the past couple of days. This flip happened on a high volume move, lending credence to the sustainability of the move.

Bollinger bands remained wide at press time. The 20-period average calculated by Bollinger bands was moving into the support zone at $16.7, strengthening the idea that the $16.7 can hold as support. If it does, the price might consolidate above it before another leg up, with next resistance at $18.1. If support breaks, the price can retest next support at $15.6.

Mask Up to Slow Down SARS-CoV-2