Bitcoin was trading at $11,800 and showed signs of heading lower due to the formation of a bearish pattern. While some altcoins have seen a good surge in the last 24 hours, some haven’t been so lucky. BTC falls under the latter category with a 0.68% decline.

From the above chart, we can see bitcoin forming a parallel channel sloping upwards. The same pattern was repeating in a shorter time frame. These patterns together have different implications for bitcoin.

Starting on August 02, the parallel up-channel [yellow channel] was confirmed and as it continued, bitcoin formed another low on August 11. The two bottoms combined with the OBV indicator together suggested a bullish swing for bitcoin. This bullish surge also happened to come in the form of an ascending channel [pink channel].

Now both patterns have come to the end of their lifespan, hence, need to breakout down. Since this is bearish, the targets include $11,208, which is the first target down 5% from the current price level. This target would be the end of the pink channel, however, the beginning of the breakout for the yellow channel.

There are two ways this could play out; the downward target for both channels could be at $11,208 or the price could head lower. The next immediate support can be found at $10,174, which 14% drop from the current level. 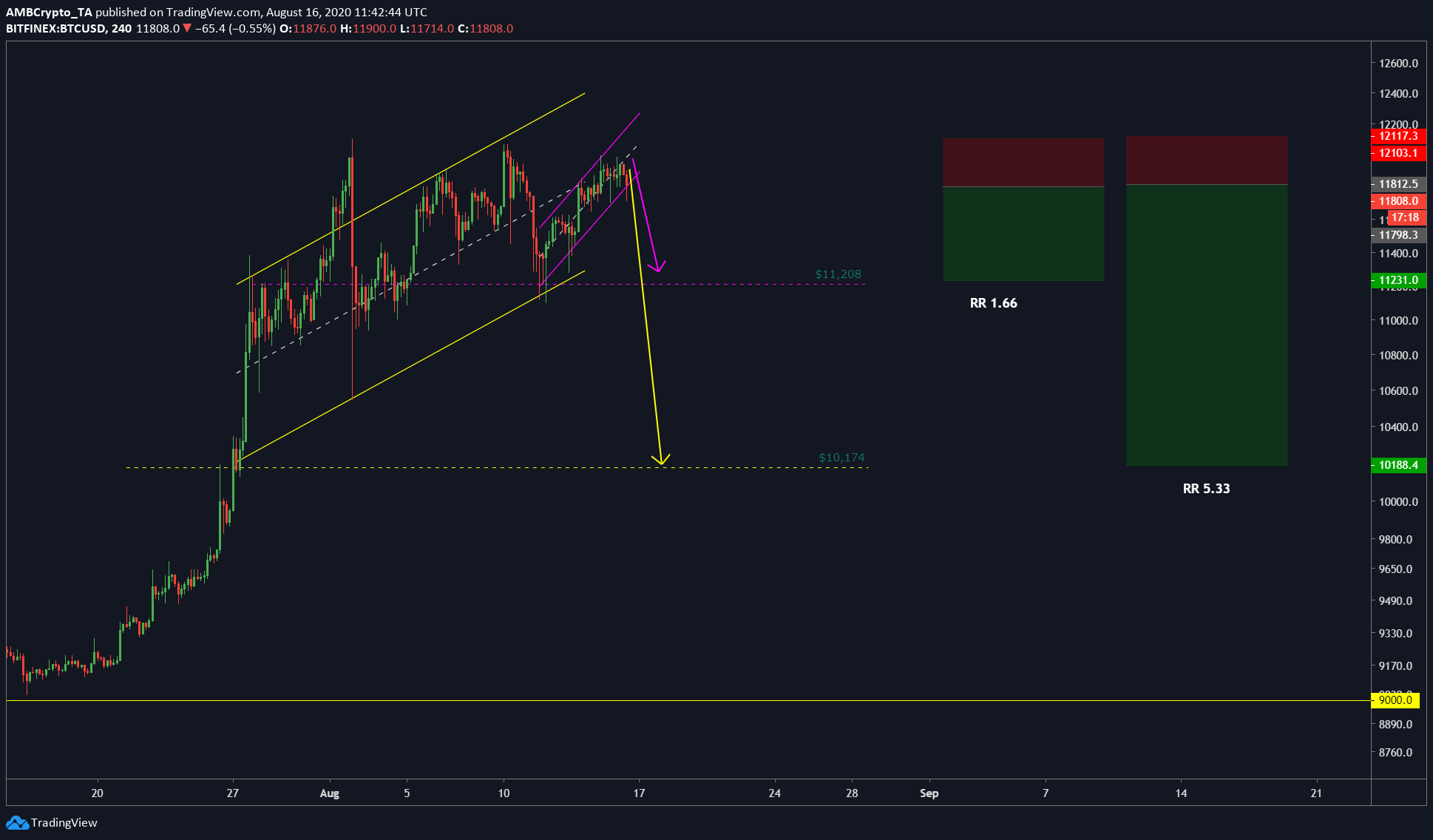 Mental Health Predictors After the COVID-19 Outbreak in Korean Adults

WISeKey’s Digital Identity for People and Objects Ecosystem is Expanding Exponentially as its Semiconductor Install Base Grows to 1.6 Billion Secure Chips and Root of Trust to 5 Billion Devices