Documents give inside view of FDA’s rejection, and surprise approval, of Sarepta Duchenne’s drug 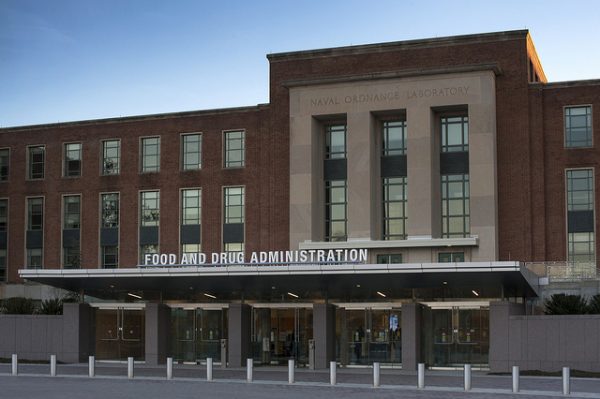 Documents posted on the Food and Drug Administration’s website Tuesday give additional details well beyond what the manufacturer of a drug for Duchenne muscular dystrophy initially disclosed when the agency declined to approve it last summer, as well as how it ultimately gained approval.

The company, Cambridge, Massachusetts-based Sarepta Therapeutics, had initially received a complete response letter – or CRL, essentially an FDA notice of rejection – in August for the drug, Vyondys 53 (golodirsen), for DMD with a mutation amenable to exon 53 skipping. It filed an appeal and ultimately won accelerated approval in December.

But the CRL was not made public until Tuesday. And it was far more critical than Sarepta had initially let on, calling into question the drug’s efficacy and raising alarms about potentially life-threatening side effects while also criticizing the company’s then-current continued failure to initiate a required confirmatory clinical trial for a previously approved DMD drug, Exondys 51 (eteplirsen), which works through exon 51 skipping.

Shares of Sarepta fell 2.5% on the Nasdaq when markets opened Wednesday.

Even before the CRL’s release, the December accelerated approval – based on surrogate endpoint data from a Phase II study – had come as a surprise to many. One analyst had called the CRL for Vyondys 53 a possible “slap on the wrist” for Sarepta after the agency’s highly controversial 2016 approval Exondys 51. Exondys 51 had received approval despite an FDA advisory committee recommending against it, and over the objections of the agency’s own reviewers, and many saw the decision as resulting in part from pressure by the patient community.

Announcing the CRL in August, the company stated it was “very surprised” to receive it and that it “generally” cited two concerns, namely risk of infections related to the intravenous infusion ports used to administer the drug and preclinical kidney toxicity.

But the letter, signed by FDA Office of Drug Evaluation-1 Director Ellis Unger, went further, calling the drug’s efficacy into question as well and stating that it failed to outweigh Vyondys 53’s potential risks. Unger had opposed the approval of Exondys 51 and complained that FDA Center for Drug Evaluation and Research Director Janet Woodcock had acted inappropriately in approving the drug.

In the August letter, Unger pointed to the surrogate endpoint data showing a 0.9% increase in truncated dystrophin protein – which is deficient in DMD patients and whose increase is considered predictive of clinical improvement in areas like walking ability – and stated that it would likely indicate a small improvement.

“If one accepts the premise that a small increase in truncated dystrophin, on the order of 9 parts per thousand, is reasonably likely to predict clinical benefit, it seems reasonable to assume that the clinical benefit would be commensurately small,” Unger wrote.

He further pointed out that data on the ability of boys to walk for six minutes showed a progressive loss of physician function in “essentially all” of them. “Moreover, there is no correlation between maintenance of physical performance and the magnitude of truncated dystrophin production, further suggesting that if there is indeed a clinical effect of [Vyondys 53], the effect size is small.”

Unger’s concerns about kidney toxicity hinged on data from animals – some of which died from kidney toxicity when receiving the drug – and the difficulty measuring kidney function in DMD patients using creatinine levels due to their reduced muscle mass and impaired production of the protein. As such, he wrote, kidney toxicity in patients on Vyondys 53 could potentially be at once life-threatening and difficult or even impossible to monitor. And although it did not occur in the Phase II study, he wrote that the sample size was too small to be able to detect it.

Similarly, there were no infusion port-related infections in the Phase II study, but Unger stated that post-marketing data for Exondys 51 from the FDA Adverse Event Reporting System (FAERS) showing that at least 11 of 469 patients had experienced serious infections was applicable to Vyondys 53 given their use of the same means of delivery. However, he criticized the company for not including the FAERS data in its application for Vyondys 53.

Sarepta spokesperson Tracy Sorrentino and FDA spokesperson Charlie Kohler noted in emails that the company made a formal dispute resolution request after it received the CRL. FDA Office of New Drugs Director Peter Stein recommended that the company resubmit its application to the agency. Stein disagreed with Unger’s assessment of Vyondys 53’s efficacy and suggested ways to better monitor for kidney toxicity – the label recommends monthly monitoring for protein in the urine. He also suggested preferential use of peripheral intravenous administration, while ports should be used when peripheral administration is difficult, like for patients who live far from physician offices.

Regarding the confirmatory trial for Exondys 51, Unger wrote that at the time, the company had still not initiated the study despite being nearly three years out from the drug’s approval, with “initiated” written in italics.

“Please understand that your failure to initiate [Exondys 51’s] confirmatory study with due diligence is very concerning to FDA and is is of concern to the public,” Unger wrote, in bold text.

ClinicalTrials.gov lists the Phase III trial, titled “MIS51ON,” as open for patient recruitment as of Dec. 5, though Sorrentino declined to disclose how many patients have been enrolled.

The approval letter for Vyondys 53 stated that the Phase III confirmatory trial, Study 4045-301, a double-blind, placebo controlled, randomized study of the drug that will use the six-minute walk test as the primary endpoint. The company submitted its final protocol for the trial in March 2019 and is expected to complete it by April 2024.