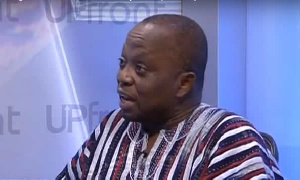 The Ghana Audit Service is to begin the verification of all assets and liabilities declared by all public office holders in the country.

Article 286 of the Constitution and Public Office Holders (Declaration of Assets and Disqualification) Act,1998 (Act 550) requires a certain category of public office holders to declare all properties or assets they owned as well as liabilities owed by them whether directly or indirectly.

Despite the declaration by some public office holders, the Audit Service has over the years not been able to verify the authenticity of the information provided in the declaration forms, something anti-graft campaigners have criticised.

But as part of measures being taken by the Auditor General to tighten the noose around the process, the Audit Service says it will soon move to the ground to fact check and verify all information stated on the declaration of assets and liabilities form.

“The next level to go is to do verification of these declarations,” assistant Public Relations officer of the Ghana Audit Service Bernard Asare Conduah, told Alfred Ocansey on News360 on TV3 Thursday.

He added: “That is where we are going now. So at the moment, we are even loading all the information people have provided into an electronic data system so that from there, our officers can begin to move over and verify these assets”.

“The challenge we have at the moment is our poor addressing system…There are houses in Dansoman here in Accra which do not even have house numbers, notwithstanding the Service is putting measures in place to ensure that staff can go deeper,” he assured.

Who are to declare their assets?

The President, the Vice-President; the Speaker, Deputy Speaker; and a Member of Parliament; and Minister of State or Deputy Minister are mandated under the law to declare their assets and liabilities before taking public office.

Others are: the Chief Justice; Justice of the Superior Court of Judicature; Chairman of a Regional Tribunal; Commissioner for Human Rights and Administrative Justice; and the Deputies.

The rest includes all Judicial Officers including members of the Regional Tribunals; Ambassador or High Commissioner; Secretary to the Cabinet; Head of Ministry or a government department or equivalent office in the Civil Service.

Officers in the Armed Forces seconded to civilian establishments and institutions; members of the Tender Boards of the Central, Regional and District Assemblies; officials of the Vehicle Examination and Licensing Division not below the rank of Vehicle Examiner; and Presidential Staffers and Aides.

The rest are Chairman, Public Service Commission and the deputies; Head, Office of the Civil Service; persons who are heads of accountants in, internal auditors in, procurements officers in, and planning and budget officers in, finance and procurement departments of government ministries, departments and agencies, District, Municipal and Metropolitan Assemblies.

An officer in any other public office or public institution other than the Armed Forces, the salary attached to which is equivalent to or above the salary of a Director in the Civil Service of GHC4,592.00 a month effective 1st January 2020.

Use of Fundamentals of Laparoscopic Surgery (FLS) Testing to Assess Gynecologic Surgeons: A Retrospective Cohort Study of 10-Years Experience