New research by The Institute of International Education (IIE) and the U.S. Department of State’s Bureau of Educational Affairs indicates that the number of international students in the United States continues to rise. 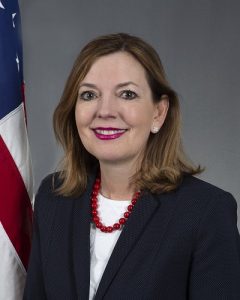 “The record numbers of international students in the United States and U.S. students studying abroad mean that more students than ever before are being exposed to new ideas and ways of thinking,” said IIE President and CEO Dr. Allan E. Goodman. “They will have greater ability to succeed in and contribute to an increasingly complex and interconnected world.”

Over 500 U.S. higher education institutions were surveyed and the current patterns within international enrollment during the 2019-2020 academic year were analyzed. “Open Doors” used data from more than 2,800 institutions.

China had the highest percentage with 369,548 students studying in the United States, a 1.7 percent increase from last year. Other highly represented countries included India, South Korea, Saudi Arabia and Canada, according to the report. Within the last year, Bangladesh, Brazil, Nigeria and Pakistan have shown increased numbers.

“International exchange makes our colleges and universities more dynamic for all students and an education at a U.S. institution can have a transformative effect for international students, just like study abroad experiences can for U.S. students,” said Marie Royce, assistant secretary of state for educational and cultural affairs at the U.S. Department of State.

In terms of areas of study, more than half of international students within the United States are pursuing science, technology, engineering and math (STEM) programs. Math and computer science related areas grew by 9.4 %,  becoming the second-largest field of study. Engineering was ranked the largest academic field with 21.1 percent of all international students participating, according to the report.

During the 2017-2018 academic year, 341,751 U.S. students participated in study abroad programs for academic credit. That number has increased by 2.7 percent.

Europe remains the most popular destination at 54.9% with the United Kingdom, Italy, Spain, France and Germany topping the list. Additionally, Japan, Greece, the Netherlands, Israel and Argentina all experienced double-digit gains. On the other hand, the number of study abroad students in Latin America and the Caribbean fell by 1.4% due to a sharp decline in Cuban international exchange, according to the report. 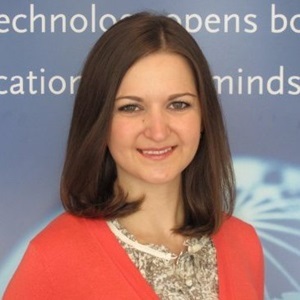 “As the cadre of students who study abroad becomes more diverse, programs can also work on their outreach and communications to push students away from what appears comfortable and expose potential study abroad students to more opportunities in different regions,” said Martel.

“We have seen for many years how study abroad expands horizons for students and exposes them to career pathways they may not have even considered,” she said. “It also builds both technical and interpersonal skills that have a strong positive affect on future employability.”

Not only does it help professional and individual skills, it can also help boost the economy, she said, adding that the U.S. Department of Commerce found that international students contributed $44.7 billion to the U.S. economy in 2018, an increase of 5.5 percent from the previous year.

“We want colleges and universities around the country to be able to understand what globally mobile students are looking for and how they can position themselves to attract more international students,” she said.

Sarah Wood can be reached at [email protected]