It’s time for College Football Playoff rankings predictions. Below, I project how the second CFP rankings might be for Week 12 before they’re announced at 7 p.m. ET on Tuesday, Nov. 12.

The committee will continue to rank its Top 25 every week until the final rankings on Sunday, Dec. 8. You can read an overview of the committee’s process here on the official site.

NOTE: This is how I think the committee could rank the teams on Tuesday, Nov. 12. Click or tap here for the actual rankings as they’re revealed.

Here’s how I think the final CFP rankings will look.

LSU gets the top spot (at least for now) after beating Alabama on the road. If LSU and Ohio State continue to win, it’ll be a fun debate between the two over which team deserves the No. 1 spot.

Clemson is in great position as long as it keeps on winning. But there’s going to be some big questions for No. 4. Right now, Oregon could make the jump, especially if it beats a 1-loss Utah team in the Pac-12 title game. But Oklahoma could easily slot in here should the Sooners win out impressively. OU gets undefeated Baylor in Week 12 — a big chance to make a statement.

CFP RANKINGS: Schedule, TV information for how to watch the Top 25 announcement

This is what I think the games will be at season’s end. This isn’t based off what the rankings will be on Tuesday.

Wayne Staats is a senior interactive producer for NCAA.com. His work has also appeared in the Augusta Chronicle, augusta.com and Land of 10. He is a graduate of Penn State University. 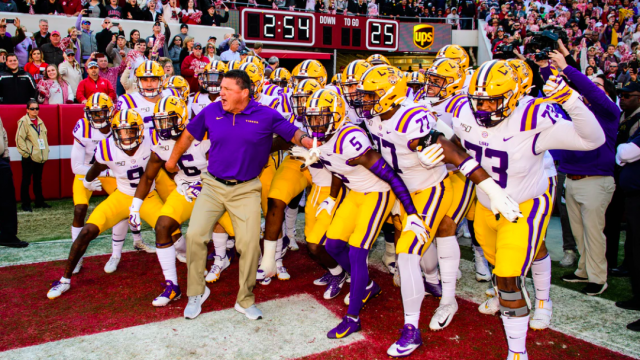 College Football Playoff rankings: LSU is the new No. 1 in the Top 25 rankings for Week 12

LSU is the new No. 1 in the College Football Playoff rankings this week. Ohio State, Clemson and Georgia round out the top four. 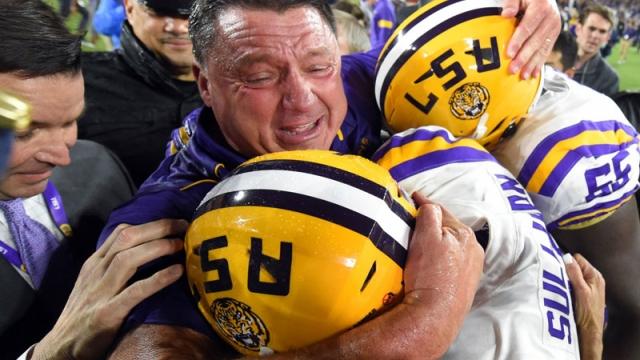 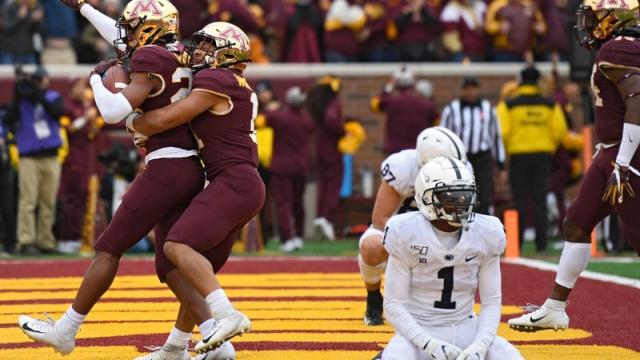