Appearing For A Data Science Interview? Be Prepared For These 7 Types Of Questions

Bitcoin Dominance rose to 61.66 and could rise to 64 in the coming weeks and at press time the world’s largest cryptocurrency is being traded at $10,436. 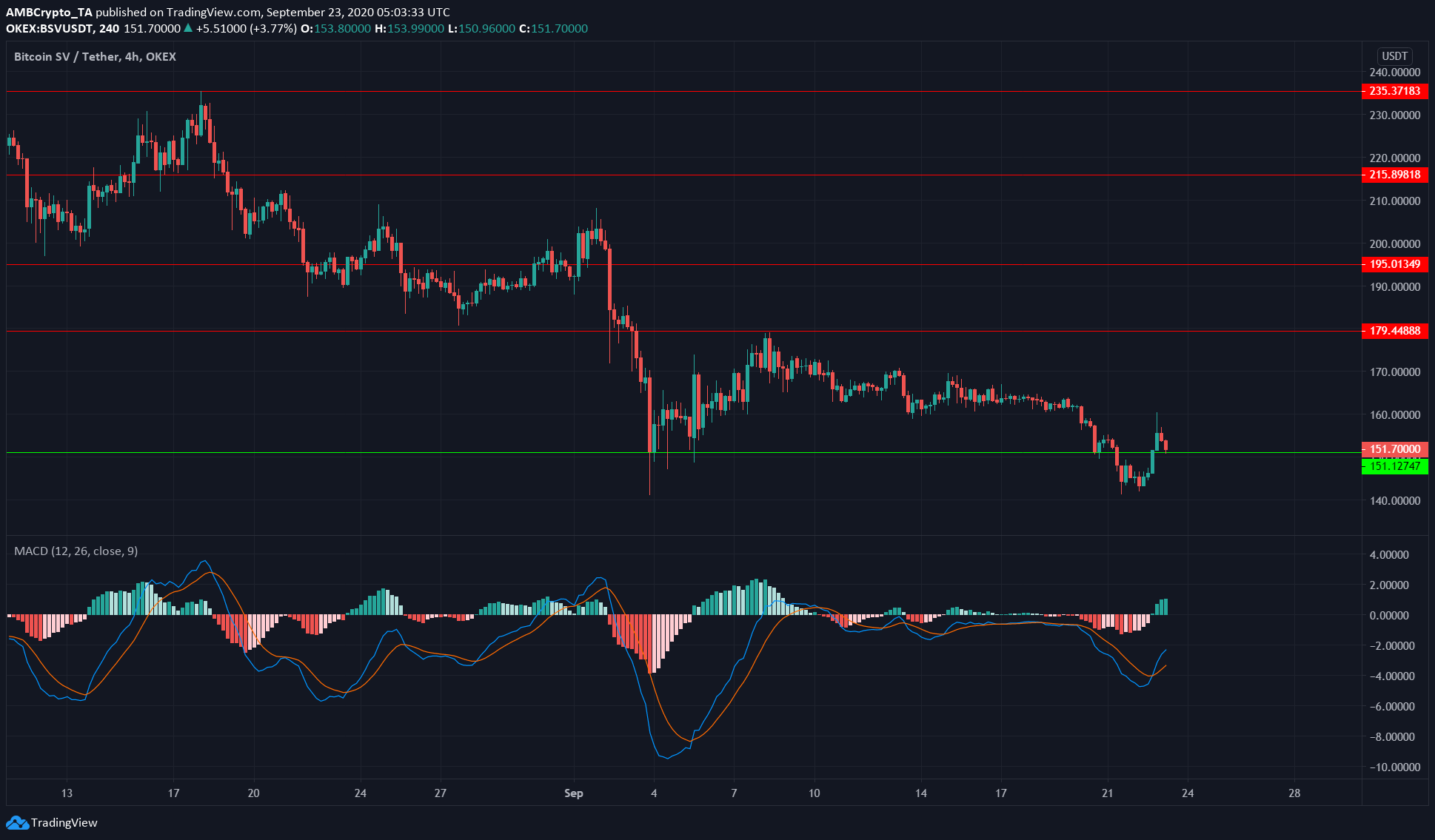 Bitcoin SV has been in a downtrend since the early August highs at $260. It continued to register lower highs and was trading just above the level of support at $151.

MACD was beneath the zero line and had formed a bullish crossover recently. This is not necessarily a buy signal, although scalping trades can be placed. It would be safer to wait for a bearish crossover before looking to short the price.

A longer-term analysis showed a target of $136 and showed the formation of a bearish pattern that had not yet been violated at the time of writing.

In other news, Craig Wright requested a summary judgment in the latest response to the court case, initiated by Ira Kleiman who filed a lawsuit against Wright over 1.1 million BTC. The judge denied the request. This means the trial will proceed in January 2021. 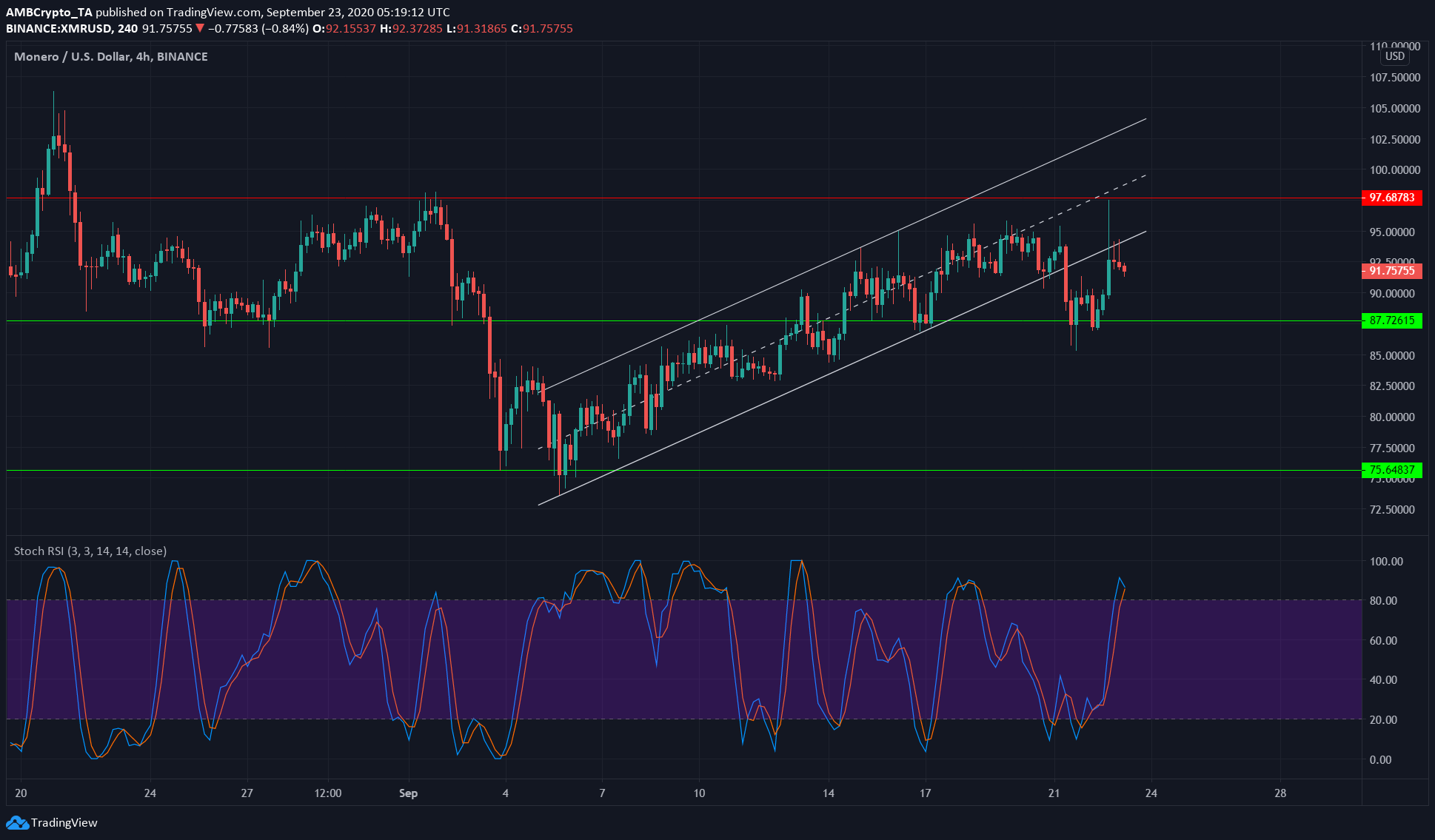 XMR dropped beneath the ascending channel, to support at $87, and bounced to retest the channel before facing another wave of selling pressure. The long wicks above the candlesticks at $94 shows the strength of sellers to push the price beneath the channel and overwhelm the bulls.

Stochastic RSI showed overbought conditions and indicated that support at $87 is likely. This conclusion is also drawn based on the fact that a break out to the downside of an ascending channel is likely to signal a change in trend as well. 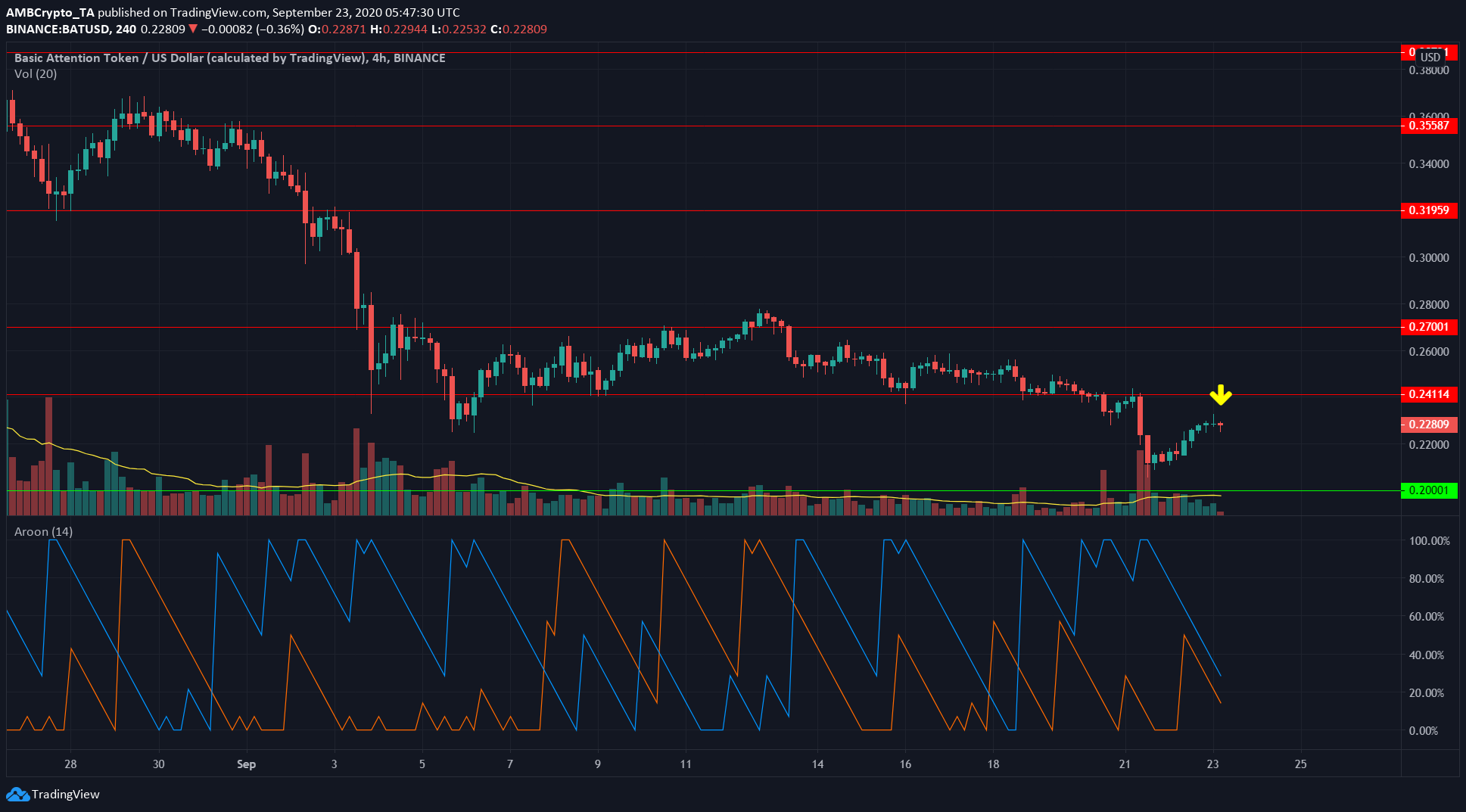 In the area shown by the yellow arrow, the candlestick wicks indicate indecisiveness in the market. Bulls attempting to push the price upward met stiff resistance from the bears, while the bears in turn were unable to overwhelm the bulls.

This hike also occurred on low trading volume, meaning bears still could step in with force in coming trading sessions.

Aroon Indicator showed a predominant downtrend, with the Aroon Down (blue) staying above the Aroon Up (orange) line for the most past. In the next few trading sessions, BAT might see small gains.

However, it is quite likely that bears will prevail in the coming days and force the price toward support at $0.2.

Appearing For A Data Science Interview? Be Prepared For These 7 Types Of Questions